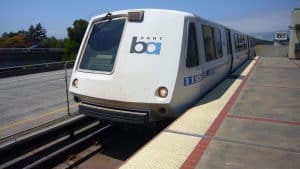 BART has announced a 3.4 percent regular fare increase, scheduled for January 1, 2016. The estimated $15 million in added annual revenue will fund BART’s highest priority capital needs including new rail cars, an automated train control system, and an expanded maintenance facility.
BART wants rider feedback and will be taking comments through April 28. You can send your input by email (fares@bart.gov), phone (510-464-6752), taking their online survey, or by fax or US mail. For more information, see the official BART press release.