A Spare the Air Alert is in effect for Sunday, Sep. 27. Click through for more information on air quality. Planes, trains, and automobiles are certainly fast modes of transportation, but not everyone flies or takes a train every day. What is the most common form of transportation? So common that almost everyone does it, every day, all over the world, and it doesn’t cost a cent or issue an ounce of greenhouse gas? Walking!
Next in our History of Transportation, we look at shoes. Sneakers, slippers, sandals, boots, boat shoes, and brogues fill our closets and protect our feet, but how did they get there?
The oldest surviving shoes are from 8000 to 7000 BCE and were found in Oregon, but anthropologists date shoes back to 38,000 to 24,000 BCE. Why do they suspect early humans wore shoes? Because the thickness of bones in toes decreased during this period (except for the big toe), suggesting that wearing shoes made for shorter, thinner toes.
The earliest shoes were more foot bags than Prada.  Moccasin-type shoes (and their footprints) have been found in modern day Armenia and Iran, and lacked soles – the piece of material between the foot and the ground.  Ouch. Basic sandals began to appear around 2000 BCE. Mesopotamians, Egyptians, Greeks, Romans, and Etruscans wore simple pieces of leather under their feet that they bound to their ankles with what was most likely rawhide laces. As the Romans conquered Europe (no doubt made easier with shoes), the technology spread. Britons modified the sandals to create something more similar to today’s thongs, with a strap between the first and second toe. In the plains of modern China, shoes were made of grass, hemp, and kudzu vine, and were far closer in style to modern shoes than the shoe bags or simple sandals of the western world.  People living in the more mountainous terrain of modern China sewed hide boots with hide thread and bone needles.
As the middle class grew in the West, cordwainers became a common profession (cordwainers make shoes, cobblers repair shoes). Shoes expanded up the leg, and boots were born. Buttons, pins, straps, and buckles were drawn into the mix. The wealthy wore shoes that fit with precision, but the poor went without shoes.  As such, ridiculously proportioned shoes became the style. The components of modern shoes first began to appear in England in 1790, with shoelaces.  With cheap and easy shoelaces, buckles began their exit.  Shoemakers began to differentiate left and right shoes around 1800.  Eyelets for shoelaces were hand sewn until the 1840s, when metal eyelets were mass produced.  A rolling machine allowed cordwainers to make more compact leather, making longer-lasting soles, but the invention of the sewing machine in 1846 changed shoe-making forever.
Rubber heels were first patented in the US in 1899, replacing leather heels that wore more quickly. Two well-known shoe companies opened during the rubber revolution and are still around today.
The Converse Rubber Shoe Company was founded in 1908. The company specializes in canvas tennis shoes (designed, literally, for playing tennis), until the Converse All Star is introduced in 1917.  Soon, Charles H. “Chuck” Taylor, who would later play with the original Celtics, Buffalo Germans, and Akron Firestones, joined Converse as a salesman and endorses the All Stars. Converse quickly became a symbol of basketball, even customizing shoes for the first all African-American basketball team in 1923. Though bought by Nike in 2003, Converse is definitely still around today.
“Keds” were almost Veds or Peds.  The canvas-top sneaker company survives today, but originated as the rubber footwear division of U.S. Rubber. When the company decided to consolidate their 30 brands into a single name, they initially chose “Peds,” from the Latin word for “foot” (also the source of “pedestrian”). Unfortunately, someone else held the trademark, so they picked between the most similar sounding names.  Keds won out over Veds, and the brand was announced in 1916.  The shoes coined “sneakers” by an advertising agent, because the rubber sole make the shoe much more quiet than the rigid leather shoes of the era.  Stride Rite acquired Keds in 1979, but you can still find their canvas-top sneaker today. 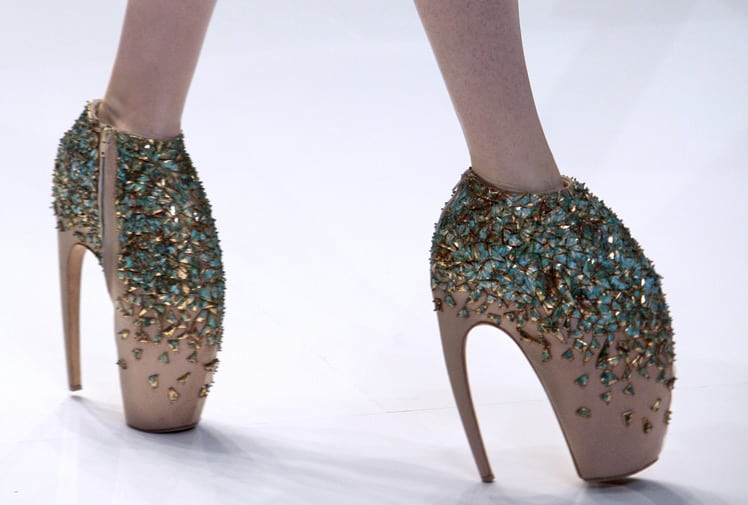 Synthetic cloth and industrial adhesives transformed shoes even further. Standardized sizes allow people to buy and sell shoes all over the world. What’s next for shoes? Only time will tell.

0 thoughts on “The Oldest Form of Transportation: Feet”