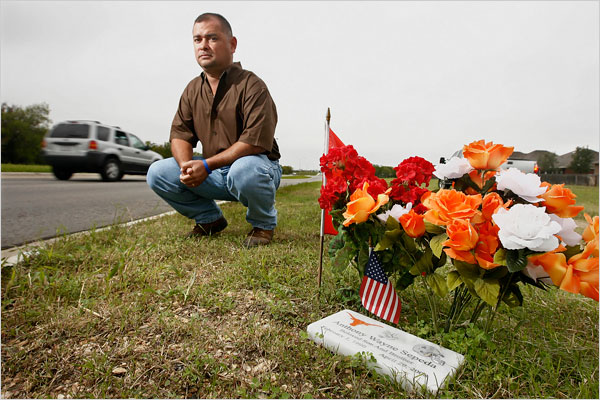 Photo source: The New York Times
Unused construction equipment placed too close to the roadway. A roadblock with no signs. Pavement-edge drop-offs.
What do these have in common? They all have the potential to injure or kill drivers–and they have.
As stated by an article recently published by The New York Times, “ubiquitous annoyances of on-the-go American life, work zones are sometimes death traps, too.”
Safety measures in work zones are largely non-mandated by laws or regulations. The standards that do exist are loosely enforced, or simply violated because of ignorance, carelessness or to save money.

Both the causes and implications of poorly executed work-zone safety measures are complex and gray. However, one thing is clear to David Holstein, Ohio’s chief traffic engineer. He states that a lot of these accidents are “entirely preventable.”
When Ohio began to monitor work-zone crashes, they discovered that over the life of some projects, there were hundreds of crashes.
The typical response of transportation officials is to focus on the driver–that the driver should slow down, or that the driver should beware. The article continues: “States have raised fines for speeding in work zones, cracked down on drunken or distracted drivers and stiffened penalties for killing or injuring highway workers, even though roughly 85 percent of those killed in work zones are motorists.”
Additionally, the ways in which motorists cause accidents is more carefully tracked than when the contractors or highway workers and planners are at fault.
Without accountability–or even consequences–for violations, many cases result in the false assumption that the motorist was at fault. In fact, “there is nothing to hold a contractor accountable,” according Jesse Sepeda, a safety director for a major highway contractor in Texas who lost his 18-year-old son in a work-zone crash.
The unfortunate reality is that highway officials are often underfunded and pressured to complete work quickly, and employees who lack adequate training are often ill-equipped to do the job safely.
Successfully lobbying for work safety law reform could mean saving a life, hundreds of lives, or more. However, until more stringent work zone safety standards are mandated by federal and state laws, keep an eye out for work zone dangers the next time you’re driving through a construction zone.
For more information: